The Creepy VP You Tube vid I was Telling You About

Not familiar with Ashley Biden? The 30-year-old is a social worker for the Delaware Department of Services for Children, Youth and Their Families, while her new husband is a plastic and reconstructive surgeon in Philadelphia.

What Joe B said we can't be certain ; but what we do know is that at least the word "Ashley" can be heard clearly on the video.

Yeah I know, it's the scoop of the year, right?

I don't know about you but my computer has been acting increasingly strange lately.

Items and things I never requested pop up all over the place, in extremely weird ways.

I payed for sushi with my Amex card yesterday and moments later an add for the sushi chain in question popped up in a prominent side-bar ad.

Hmmm.... Okay well that's no big deal, it's good to know Amex is keeping  track of my card.

By why would they be giving my personal info away to targeted advertising companies without my permission?

Answer: because they can.

Sometimes when I try to publish items on this blog involving highly sensitive information about high-ranking individuals, the blog becomes almost uncontrollable, with the tools bar becoming microscopic, and the update / publish buttons hidden way out of sight.

I will try again to publish the piece I tried publishing earlier. Hint: it involves pedogate - the creepy gift that keeps on giving - and yet another blood-line member of the D.C. elite involved in DOJ child protection agencies.
Posted by Artur at 1:56 PM 0 comments

In light of all the incredible evidence that has been emerging of high-level satanic child-sacrificing secret societies and the sick, vicious demonic freaks like John and Tony Podesta that use child torture to leverage their power and influence in D.C., I was reminded of a pretty weird article in the NYT Magazine I came across about two summers ago. A quick Google search brought me to the NYT Magazine cover piece in question, entitled "The Disturbing Photography Of Sally Mann," published a little under two years ago.  The article was portrayed by the satanic reality contortionists at the NYT as the story of some silly DWL hippy-living-in-the-woods type whose claim to fame was publishing a few harmless photos of naked kids, but were in reality borderline child-porn photographs of this sick woman's own young children - we're talking full-blown psychopathic pedophilia here, folks.

And sure enough, two years later, what do we get ?: 100% RED FLAG ROCK-SOLID CONFIRMATION OF SATANIC PEDOPHILE RITUAL ABUSE AT THE HIGHEST LEVELS OF GOVERNMENT.

The NY Times Magazine article about this Sally Mann type, I remember, seemed just one giant effort to legitimize her "art," and usher in a New Era of easy-silencing any "Entartete Kunst"-style nazi types who would inevitably be repulsed by suggestive photographs of naked children in a mainstream news publication, and make a huge stink about protecting children.

Well, once again, the satanic reality contortionists at Amerika's of newspaper of record got it 100% RIGHT, by getting it 1000% WRONG:

The controversy said Entartete Kunst opponents appeared to have trigger the buttoned-down, conservative USA readership of Amerika's newspaper of record even more than Sulzy and friends had anticipated.

If there is one thing that decent, normal, Americans despise more than anything out there, it is elitist abuse of defenseless little children.

Therefore, as "pizzagate" continues to unfold and reveal day-by-day the true nature of these Satanic beasts hiding behind the proverbial black velvet curtain, the scum who have benefited mightily by siding with the Dark Side, are running scared out of their wits. Because it's on, Folks, this is going down, Right Now.

So fasten your seat belts tight, make sure you have a beverage within arm's length, and get ready to watch the Greatest Show The World Has Ever Since (since about two thousand years or so), go down right in front of your own honest eyes. 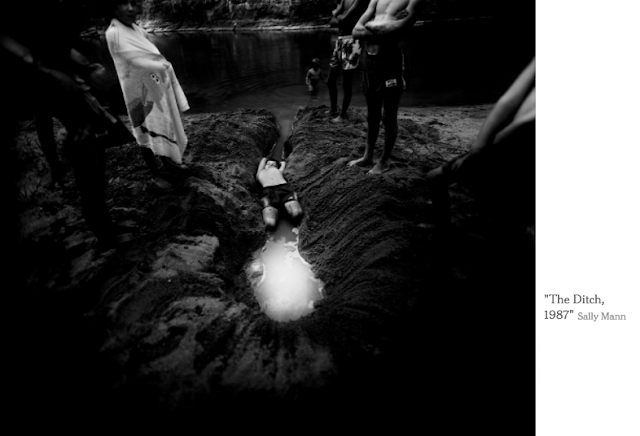 Oh wait ! It does kind of remind me of Tony Podesta's favorite artist, the Serbian or whatever "painter" from Slav-O-Land - Biljana Djurdjevic -  that specializes in wholesome Hallmark Holiday Greeting Card Images such as these : 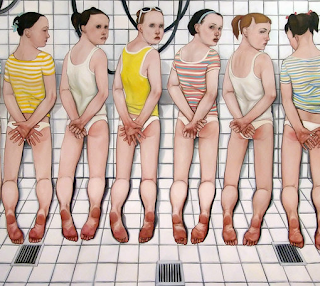 Nothing to see here folks, move along.

Just innocent, quirky art hanging in the bedroom of one of the most powerful men in the world whose name we would never even know were it not for Wikileaks.

Holy Sha-ZAM ! Just wait till the next batch of Vault 7 starts getting released and analyzed.

You people are anti- anti-establishment.

If you are an intern, or a regular employee, or a new hire at the New York Times, and if you have  two grams of decency in your heart, for the Love of God  and all that is Good, Kind, Clean, and Humane, get out of there !

Do not walk, RUN THE HELL OUT OF THERE RIGHT NOW !!!