The One Billion Dollar-+ "Museum Of African American History And Culture" Is Due To Open On The Mall In D.C. This Year

The vermin at the New York Times published a glowing Page-One article about the soon-to-open African American Museum on the mall, in last Sunday's Sunday Times Magazine :

"How Do You Tell The Story Of Black America In One Museum?"

A grade-school level Google search will reveal that the museum is spending approximately 8.5% of its >$1B budget telling the story of Emmett Till.

For many black Americans, Emmett Till was / is the "black martyr who jump-started the Civil Rights Movement," even before the besainted Rosa Parks refused to give up her seat.

Here's where it gets really interesting, though:

Emmett Till's father, Louis, was a violent criminal who as a conscripted man wound up raping at least two Italian women and murdering a third.  Till Senior was executed by the US Army in Summer 1945, one of about 100 US soldiers executed by the Army during WW2 for violent acts against local populations in the conflict.

Another famous individual executed by the U.S. Army was Eddie Slovik - a Dearborn Michigan 22 year-old with a troubled past, who after becoming shell-shocked in an artillery raid in France in Autumn 1944, deserted his unit and was later executed by firing squad for this desertion. Eddie Slovik was the first US soldier to be executed for desertion since the Civil War.

In 1974 Martin Sheen and Gary Busey starred in the made-for-tv film about Slovik's life and death. It's called "The Execution Of Eddie Slovic," it's two hours long, and you should be able to watch it here :

Slovic and Emmett Till senior were buried in the same plot of land in France after their respective executions. Even though one soldier was a violently pathological rapist and murderer, and the other was just a scared sole who thought his confession to desertion would result in nothing worse than time in the brig until the war's end.

So I guess the Big Question is : can we expect the Washington D.C. Museum of African American History and Culture to include in their Emmett Till exhibit, a mention of poor Eddie Slovik, who lay side by side with Emmett Till Senior in the damp dirt of France for decades (until Slovik's widow finally managed to have his remains re-interred in Dearborn).

Please contact the soon-to-open Museum, and ask the director yourself : "We know your Emmett Till "lynching" exhibit cost tens of millions of dollars to produce : do you plan on telling the story of Emmett Till Sr.?".

The New York Times Publishes Giant Full-Page Ad That Bemoans Jewish Population Of Israel Declining From 52% Jewish in 2015, to 44% Jewish (Projected) In 2030

Would they publish an ad concerned about US Census Bureau projections of coming minority-status for whites in the US (It was 2050, originally). (It's been scooted up a few years). 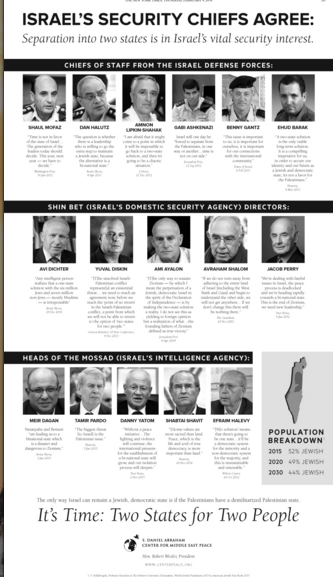 Imagine Donald Trump, as president, answering honestly a question about this.


And it will be beautiful. 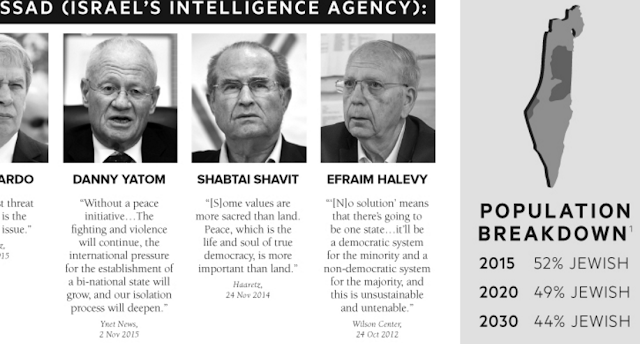 A PSA FROM THE BLM MOVEMENT

Brussels Attack : Turkey Deports A "Belgian" To The Netherlands ? WTF ? 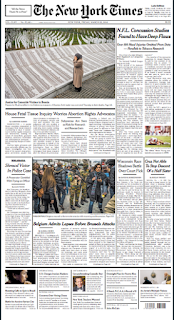 The vermin at the NYT are skipping kosher lunch breaks to make it appear that All Belgians look like the suicide bombers from earlier in the week.
Posted by Artur at 2:18 AM 0 comments 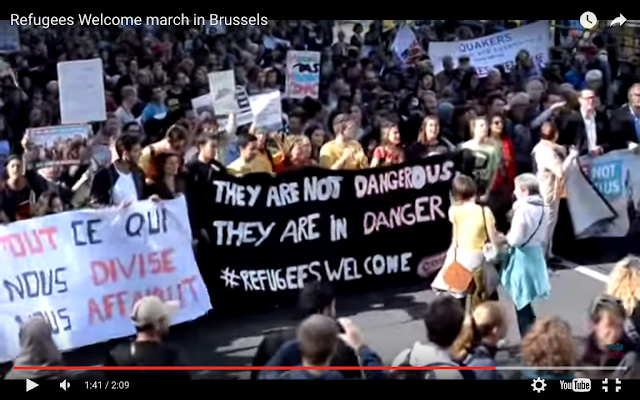 Cement Truck Stuck In The Mud : These Chinese Are Useless

Notice the way they all yell directions at the same time :

What a filthy work site. How would an American construction site compare ?

The New York Times Writes A Love Letter To The Criminal, Unemployable, Ineducable, Irredeemably Pitiful Minority Public Housing Welfare-Assisted Demographic That It Pretends To Care About Every Day

You know, these young ICBM ghetto thugs make it extremely difficult to feel any sympathy for them. And yet the vermin at the New York Times in a case of status-signaling that appears to border on parody, gives us a massive front-page feature today where they pretend like they really, really care about people like this :

"A Cloak Of Silence Falls After A Fatal Shooting On A Bronx Park's Edge,"by Times communists Benjamin Mueller (wink wink) and Al Baker. 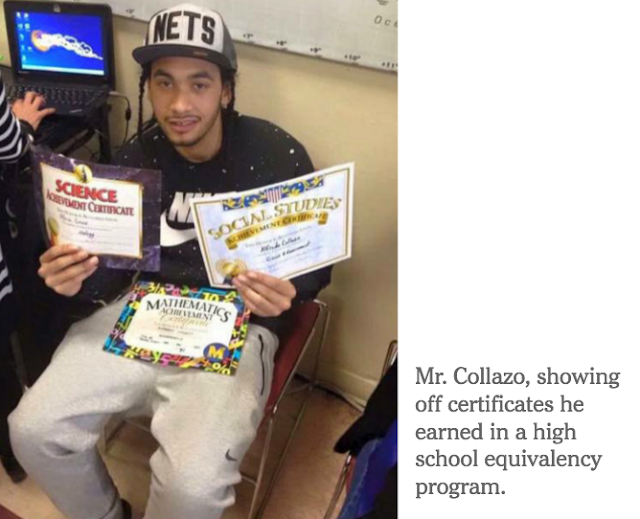 The poor soul pictured above was born (in 1997!) to ghetto "parents" whose act of procreation happened with neither love nor foresight, in a sort of shrug-their-shoulders ghetto way. That's right, young  "Felony Fredo" was burfed because the nation's newspaper of record wants public policies that incentivize single motherhood and bastardization in the ghetto.

Poor Mr. Collazo was going to be a burden to society, his family, and himself were he not killed a month ago. He and his relatives are on the government expense account their entire lives long : free housing, free schooling, free eating, free incarceration at Rikers, free hospital, free burfing in hospitals, phone free everything free !

"To understand why killings persist in an era of historically low crime, The New York Times is reporting this year on each murder in the 40th Precinct.

In neighborhoods like Mott Haven, a shadow system of street justice holds sway over many young black and Hispanic men, who describe addressing grievances through armed payback because they do not trust the police. Witnesses and crime victims often refuse to speak, creating a vacuum of judicial accountability in which people instead turn to guns and crews, loosely organized groups of young men usually delineated by geography."

"Because they do not trust the police."

With every single one of these increasingly ludicrous social justice articles published in the embarrassing, supplicating pages of the NYT, their real mission becomes more clear.


"We are better than you because we care about blacks and latinos, and we support a majority minority America."

Fight Or Flight : The Free-Range Beast In This Video Is Supported 100% By The NYT, The BLM Movement, And HIllary Clinton

Sorry you might have to watch a Sonic commercial or two before this video plays.

Which by the way : another few seconds without backup, and the white cop trying to subdue this muscular, small-brained creature might have been killed by his own gun.

Check out how badly the dangerous primate with the economy-sized brain and the OVERsize chip on its shoulder, messes up the cop's uniform as it forces the officer to take it to the pavement.

While The Vermin At The New York Times Get A Chubby For Yet Another Tuskegee Airmen Broadway Show, We Give You Auburn Calloway...

...the Omar Thornton of the skies.

Or should we say, the Eric Garner of the skies ?

Go to 26 minute mark to watch the priceless "I can't breathe" moment. 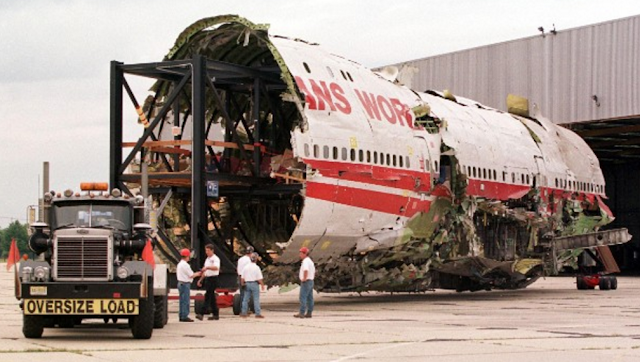 ...in some unspecified mystery meat location.

Spielberg's black-and-white classic promoted so shamefully on that
Seinfeld episode is a Big Fat Lie.

Consider the similarities between the too films below, where a Jewish man escapes certain death thanks to a malfunctioning pistol: 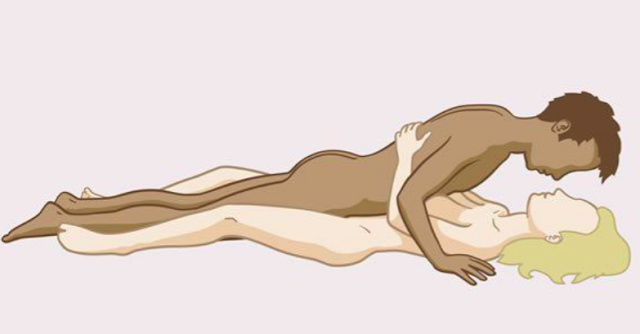 I wish we were. 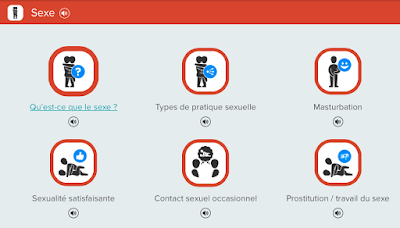 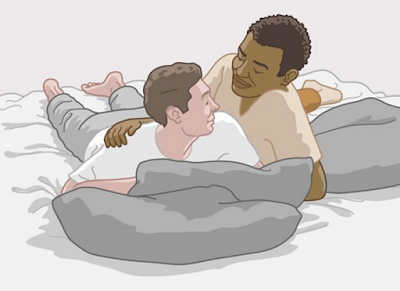 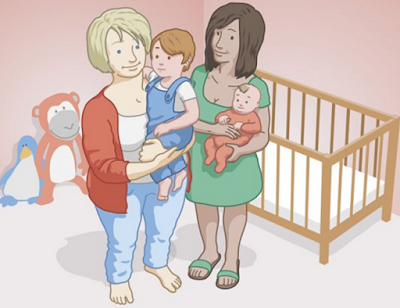 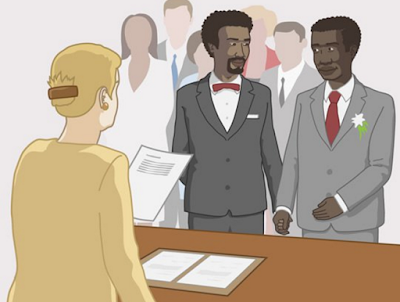 Make no mistake, the 22 year-old rock-throwing moslems with 11 siblings and 300 other blood relatives back home (all waiting for the green light to come to Europe under family reunification laws) are throwing rocks at police vehicles with no apparent worries of  retaliation or punishment, because the verminous hipster status-whoring disingenuous white liberals filming the scene have egged them on.

Enjoy the spectacle : these are the opening scenes of Europe's Extinction Event.

You are not going to believe how much the real picture of what is really happening in Calais, France, stands in contrast to the official narrative delivered by the controlled press, the "Lügenpresse" as it's now known in Europe.

Get a load of the behaviour of the "migrants" in the video below.

This is a really important thing to know about and to understand : what we have here is basically the forward guard of an invading army of angry 22-year-old sand puppets self-imported from some of the world's most awful countries, plumped up with donated food and swaddled in donated clothing and emboldened in their actions by traitorous DWLs.

These individuals are positively coddled by the media and the Powers To Be, which explains why they can attack vehicles on this international trucking route with such ferocity and with so very little apparent fear of the French police stationed within shouting distance of them.

Do not forget : each and every single one of these invaders has dozens, hundreds possibly even thousands of family members waiting in the wings back in their home countries, for the signal to come join them in Europe.

Judging solely by the the behavior you see in the video below - the incredible, Incredible! brazenness of their aggression against their host country - imagine for a moment please what this scene would look like if their numbers were far greater - in the tens, even hundreds of thousands or more, as opposed to the three to six thousand that are camped out in Calais right now.

Somebody better wake up fast or it's Game Over for Europe, 2016-style.