"Mass Release Of Immigrants Is Tied To Impending Cuts" Flash From The Past, 1929: Around The World In Graf Zeppellin

From the 2009 documentary narrated annoyingly by an actress playing Lady Grace Drummond-Hay, the plaintive, whiney female journalist personally selected by newspaperman William Randolph Hearst - who financed the journey - to be the only woman aboard for the epic journey.

This surreal photo is, apparently, genuine. It comes at appx 1hr04'15" in the film embedded above. 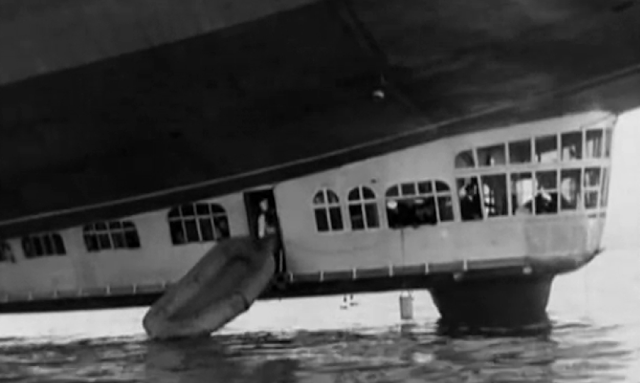 The Hateful Little Eunuchs At The NYT Get Manna From Heaven With News Of A Bridgeford, Conn. Catholic Priest Busted For Dealing Meth 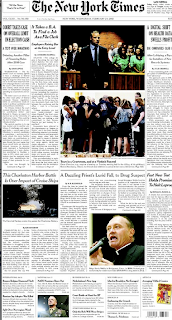 For the evil hand that pulls the strings from behind the red velvet curtain, it's basically like hearing that your mortal enemy has been diagnosed with rectal cancer (and that he's in jail, and that his family died and his dog died and his house burned down...)  :

The New York Times has for the past five years been publishing almost daily reports on the so-called Catholic Church "abuse scandal."

Though we at COTT have no special affection for the Catholic Church, we do recognize the fact that as an institution, the Vatican has built more schools and hospitals and basic infrastructure in Dark Africa and everywhere else in the "Developing World" (chortle), than the Islamic or whatever allies-of-the-day of the evil civilization-wreckers at the New York Times could ever hope to.

An illustrious member of the COTT staff once had an Aunt (Obama and his peeps would pronounce it: "on-tee") who was a nun. This on-tee was the very height of virtue and true do-gooderism, may the Times and their ilk and their own twisted definitions of virtue be damned.

This is actually pretty hilarious.

H/T to anonymous commenter who alerted us yesterday that this loophole was blocked by the NYT as of the day before Thursday February 14th, 2013).

Please send in suggestions on how to beat the Times' paywall with new and better mind weapons.

Carnival Triumph: There Is Something Very Weird About CNN's Coverage Of This Non-Story

...And by that I do not mean that these people being interviewed quay-side by the CNN crew should be blamed in any way for their unfamiliarity with true high seas disaster, namely the sinking of the Wilhelm Gustav with 10k souls aboard in Jan 1945...

The CNN crew is interviewing "survivors" of the Carnival Triumph mishap quayside in Alabama at this moment.

The cruise ship passengers who have never known any kind of hardship are talking about how hard it was to wait in line to be fed by the Carnival staff.

Let's try it again with this line-up: send a Soviet torpedo straight ahead amids ship, the vessel careens and plunges into the frigid depths in less than fourteen minutes. as it goes down witnesses hear the reports of hundreds and hundreds of single gun shots, as wounded soldiers knowing their fate in the rising icy waters would be not only hopeless but also a burden to rescuers, opt out with a single shot.
Posted by Artur at 12:59 AM 1 comments

Carnival Triumph: Can Somebody Please Tell Me Why This Is Even News?...

...While in the meantime the biggest naval disaster of All Time, is unknown to 99% of Europeans.

Namely: the sinking of the MV Wilhelm Gustav in January 1945, which resulted in over ten thousand deaths of injured soldiers, women and children, etc.

And these orc pussies on this cruise ship are complaining that they had to stand in line for the buffet, like it was the worst ordeal Ever.

If only they knew...

As Earth's Second Most Populous Country Conforms To Their Replacementist One-World Agenda, The New York Times Cheers On PDA In India (Of All Things)

"Kissing In Public Is On The Rise In India"

This "why is this news again?" pro-po puff piece is displayed prominently today right there on the Home Page of the diversity gurus at Amerika's newspaper of record.

Why indeed, is this news at all much less news worthy of front-page attention?

Answer: the evil eunuch Utopists who operate the New York Times are succeeding in implementing their sinister agenda, and they want their readers to know it. This snotty little puff piece is, in fact,  nothing more than a journalistic victory lap.

IOW, the New York Times is conveying the following message:

"We are winning. You are losing. Public policy in every Western nation is being moulded by us becoming more progressive,  just as we have encouraged and fought for with militia-like militancy."

The hateful anti-traditionalists at the Times want to facilitate the ongoing deconstruction of the Whole Wide World at large and the White, Western World in particular. The latter world is their preferred target, right now.

For every single documentable instance of non-traditional behaviour in the First, Second, Third and even Fourth World, the vicious reality-reversers of Forty Second Street will stand up and loudly  cheer.

Make no mistake: this evil institution is responsible for much of the sickness that has overtaken the West in the past three decades.

The NYT is marshaling a campaign that can only get uglier.

From the article "Kissing In Public" :

The New York Times: Gloating Over Their Contribution To The Destruction Of The West Since Last Sunday's Brunch

The State Of The BRA Union Address 2013: If Obama Uses The Word "Folks" One More Time, I Am Going To Have To Exit The Building

With interspersing of talk about "folks," some tidbits from tonight's nauseating-in-its-otherness State of the Union Address:

"Every dollar we invest in high-quality pre-education can save us seven dollars later."

After the abysmal performance of Head Start, No Child Left Behind, and his own Race To The Top, this fraudulent Beta Hubby of fake hair-wearing, prognathic and scowling Michelle "They Said I Wasn't Smart Enough"  LaVaughn Robinson, wants even more taxpayer money to bankroll another Big Government utopian experiment to annihilate the pesky reality of biological differences in cognitive ability.

"Send me a comprehensive immigration reform bill in the next few months and I will sign it and America will be better for it. Let's get it done..."

Christ how embarrassing: as Obama says this, behind him Biden stands up while Boehner remains seated (but still continues to clap, albeit unenthusiastically).

Somebody let me out of here. I can't take it anymore. 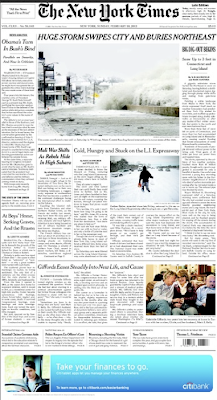 "Democracy In America 2.0" : What Could Alexis de Tocqueville Possibly Have Said About Ethnic Rivalry In The Fantastically Overcrowded U.S. Prison System ?

Note : this 54-minute vid was produced by French National Geographic.

It is in French, but very easy to understand.

With a candor that would never be permissible on American airwaves, this Frenchy vid delves with unique courage into the primal importance of the ethnic element in the U.S. prison system.

National Geographic USA would not touch a film that exposes racial rivalry in prisons with a ten foot pole; it is therefore curious that this documentary comes out of France, where it is not even legal to mention race in the compiling of all kinds of information. (There is even talk in batshit crazy France right now, of officially banning usage of the word "race"  in the constitution, and all legislation).

Friday Night Diversion: Relaxing On The Autobahn At 100mph

Note that absolutely noone passes on the right.

The Germans have a name for it: "rechtsfahrgebot."

Imagine such discipline on an American highway.

Another NYT Pet Peeve That Distracts From The Real Problem, a.k.a. "Le Grand Remplacement" 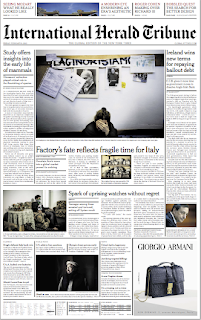 "Smoking, Once Used To Reward, Faces A Ban In Mental Hospitals"

This article actually appeared on the front page of the Times today, the most expensive publishing real estate on planet earth.

In it, the wrong-headed do-gooders at Amerika's newspaper of record exhibit once again their inherently flawed worldview, wherein combating pet peeves such as smoking and obesity, for example, is more important than the civilization-destroying greater ills that are looming in the ever-closer background of the West's imminent demise, namely: Renaud Camus's Great Replacement.

The New York Times: Advocating For Public Policy Change In All The Wrong Places Since 1979.

A COTT Rosa Parks B-Day / Black History Month Special: On What Would Have Been Her 100th Birthday, Two Dissenting Views That Examine The Hagiography Behind Amerika's Earliest Snivel Rights Hero And The First Woman To Lie In State In The Capitol Rotunda 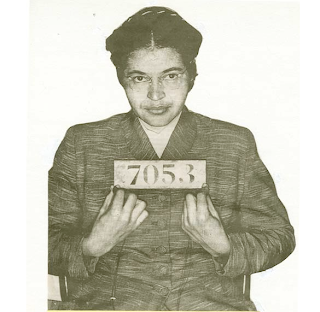 "A Curious Madness"
Posted by Artur at 9:46 PM 0 comments

With A Straight Face, The Afrophiles At The New York Times Celebrate The "Golden Age" Of Timbuktu

Seriously, you have to see this crap to believe it is actually published in the pages of Amerika's newspaper of record.

Don't they realize how stupid they sound with all this disingenuous pandering?

The New York Times: 100% utterly lacking in irony of any kind.
Posted by Artur at 8:36 PM 0 comments

The Programmed, Calculated Death Of The West As We Know It: Murder. Not Suicide

"Immigration Is The Easy Problem", by Times communist David Brooks.

Seriously, have the verminous reality contortionists at Amerika's Newspaper Of Record not been informed that there is such a thing out there called the Internet, and it is enlightening tens of millions of people to the dark and sinister agenda that is their handiwork All over the West?

Either these people know something we don't know, or - way more likely - they are even more sinister and evil than we previously imagined.

Reading Brook's Op Ed piece in today's Times, it was so disingenuous and obviously calibrated to agenda-specific goals, that I practically felt sorry for Brooks.

I know I would be miserable too if I were forced by my employers - as in Brooks' case - to peddle such a shamelessly fraudulent argument for what we know is "Le Grand Remplacement" (the Great Replacement, a term coined by French writer and recent presidential candidate  Renaud Camus).

In utter defiance of simple common sense and all things decent and just, and as the West struggles under the combined weight of the White Man's International Burden, approaching Peak Oil, a hideously resurgent China and BRA here and now, this disgusting little eunuch actually thinks ye West isn't paying attention when he states that the official remedy to make things better in the West, is tens of millions perhaps hundreds of millions more non-Westerners (read: White euro) into our White countries and only white countries.


And little weasel Brooks concludes his snivel-fest of lies with this little tidbit of anti-Western hatred :

"The second big conclusion is that if we can’t pass a law this year, given the overwhelming strength of the evidence, then we really are a pathetic basket case of a nation." 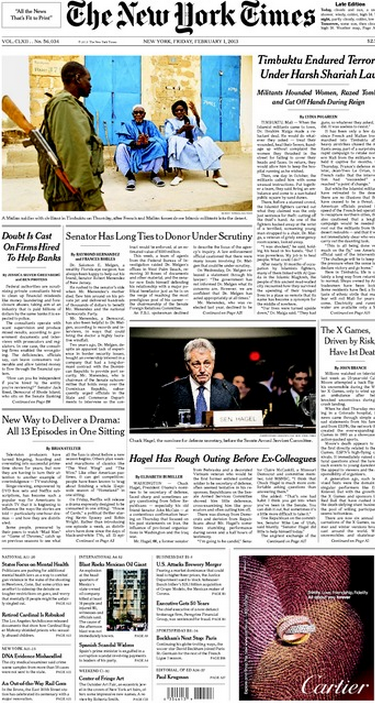 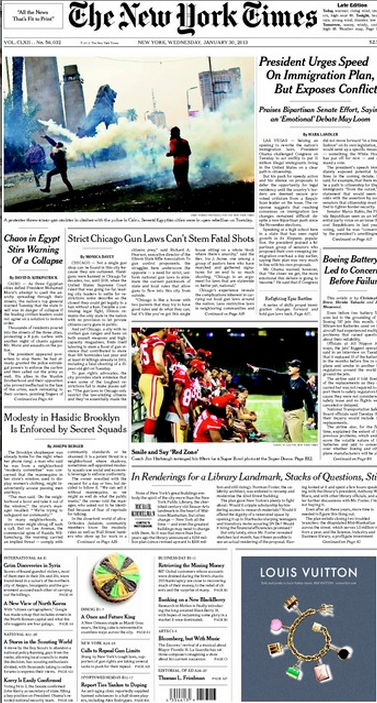 The First Dog Barnie, As Rendered In Oil Paint By George W. Bush

Who would have thought that the Universally Despised NeoCon George W. Bush possessed even one iota of talent of any kind, let alone artistic talent. 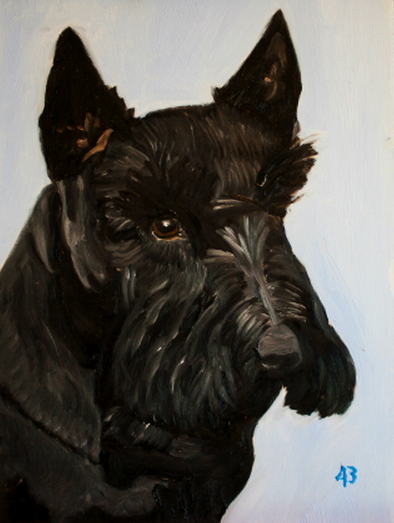 The fact is that this oil portrait by Bush of first dog Barnie, who just died at the age of 12, is not indicative of a man devoid of talent.

It's funny, because they also claimed that Uncle A. was a failed artist as well, whereas the evidence  suggests otherwise : 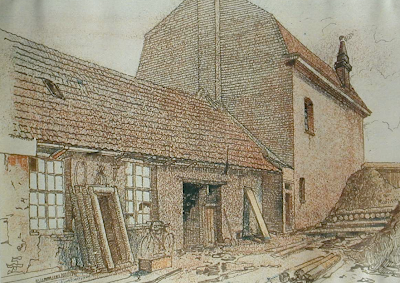 Certainly no masterpiece, but also not necessarily the work of a "failed" artist.

Meanwhile, Back In Atlanta...