The cartoons put up by the French government in train stations and official buildings throughout the country make things pretty clear :

"French Men : Warning !! If Terrorism Happens Near Chez Vous, Put Your Hands Up And Wait For A Brown Gentleman To Give You Instructions  About What To Do Next !"

I shall translate for you :


"As Soon As The Next Terrorism By Right-Wing White Bigots Happens, Run Away And Hide" 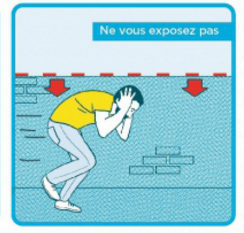 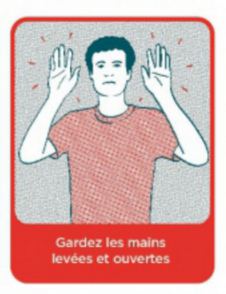 "Next, Allow A Colored Gentleman To Rescue Your Wife Or Girlfriend ; Note : In Exchange For This Kind Foreigner's Self Sacrifice, You Will Allow Your Wife Girlfriend Or Mother To Be Impregnated By This New Frenchman" 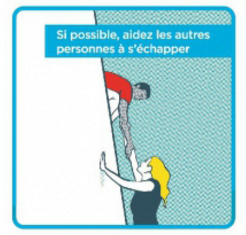 "Next, Wait For Instructions From A Brown Gentleman From North Africa" 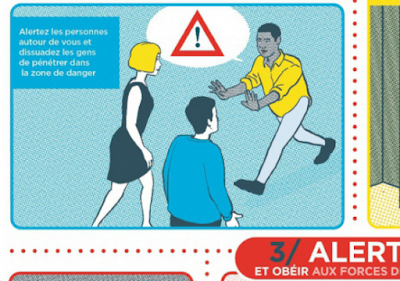 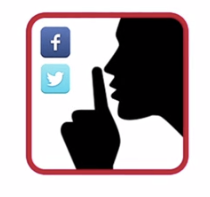 "Sincerely, Your Government of France"


Note : this is an actual  poster displayed in every French train station and public building in the current year, Summer 2016 : 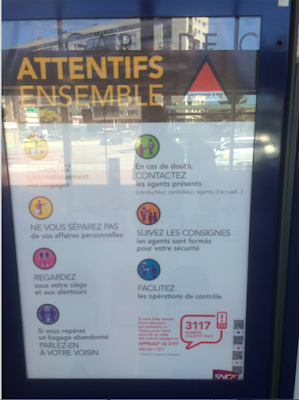 The official French government website for this inasnity can be seen here .

The Criminal Reality Contortionists At The NYT Put The Story Of A Dindu Stab-Fest In Bronx Public Housing Projects At The Top Of Today's Front Page... 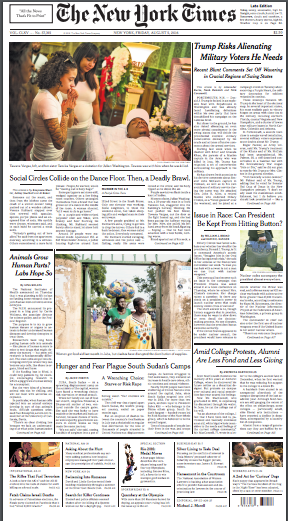 ...and published it of course next to yet another anti-Trump puff piece.

This is over-the-top virtue-signaling insanity even by NYT standards :

"Social Circles Collide On A Dance Floor, Then, A Deadly Brawl"

That's right : the vermin at the New York Times want you to believe that they care more about the gibs-me-shines that occurs daily in the nation's surplus population public housing, than they do about the small army of awoke whites who are finally rallying around a man who speaks truth to cultural marxist power.

The insidious reality reversers at the NYT are going to have to pay for what they have done, coming soon.

"Mr. Washington was unemployed, but his friends were unwinding from long weeks at work. They passed around big bottles of Corona, the communion cup of their gatherings.
From there, they bounced around an archipelago of public housing apartments, corner spots and hallways where they could hang out free of charge and unbothered, for the most part, by the police. Mr. Washington drank beer, got some food and talked up a recent WWE wrestling event with a younger friend. At each spot, they picked up a few more people."

NYT Translation : DINDUS. NEVER. CAN. DO. NO. WRONG.

Chances are, if Mister Washington didn't "identify as gay," the phags at Amerika's newspaper of rekkkord probably never would have given his story such expensive publishing real estate space in the first place.


"Mr. Washington used to party in the West Village and at the nearby piers with a ragtag group of gay people, many of them black and Hispanic. But as gentrification marched toward the water, his circle lost that spot on the margins of the city, where they could let loose among strangers they trusted. Mr. Washington started spending more time in Bronx parks and housing projects.

Shortly after 11 p.m., Mr. Washington got curious about the party for Ms. Willoughby on the 15th floor. They had not been invited, and none of them were dressed in purple, the color of lupus awareness, as an invitation had asked, so Mr. Washington walked down a flight of stairs to ask if they could join."

You see, to the hateful competitive compassion athletes at the New York Times, dindus can none never dindu no wrong. There is always another reason to scientifically explain dindu dysfunction by the dindu enablers at the NYT.

They call it "comforting the afflicted" at NYU School Of Journalism, but what they really mean to say is : "Die, Whitey."

Sometimes I get the feeling that the phags at the NYT have never watched a single episode of cops.

It's like Paul du Chaillu in Africa : he brought back evidence of Man's closest ancestor from Africa, displayed his specimens for a rapt audience at the London Anthropology Society, no doubt the great great great grandfathers of the current NYT roster were on hand to witness these never-before-seen specimens. They chose to close their eyes.

Then and only then, let him lecture the rest of America about how it's somehow Whitey's fault that the foster-child ghetto-dweller featured in yesterday's front page NYT feature, was kilt by another surplus ghetto inhabitant.

Let him watch this umpteeth ghetto chimpout video, and report back with his conclusions :