First Post Since Trump Takes Power : Unbelievably, The Vermin At The NYT Appear To Be Doubling Down On Their Anti-Trump Disinformation

I suppose I was sorta hoping - naively I now realize - that once Trump was sworn in to office the New York Times would calm down on their breathless anti-Trumpian temper tantrum.

The opposite, however, is happening. The NWO puppet scum at the billionaire's blog New York Times are attacking the new US Prez with shameless frothing-at-the-mouth disinformation that drives degenerate has-been spinsters like Madonna and Ashley Judd to an almost orgasmic apogee of pure undiluted hatred for white men.


Since becoming president, Mr. Trump has repeatedly expressed outrage toward the news media for what he believes is a deliberate attempt to undermine his legitimacy by understating the size of the crowd that attended his swearing-in and speech.
One of those instances happened on Inauguration Day, when an employee of the National Park Service used the agency’s Twitter account to share someone else’s post of images comparing the inaugural crowds in 2009 and 2017. The images, originally posted by a New York Times reporter, showed the 2009 crowd to be much larger.
Mr. Trump’s press secretary, Sean Spicer, expressed outrage the next day during a forceful statement at the White House in which he lashed out at the press and claimed, inaccurately, that Mr. Trump had drawn “the largest audience to ever witness an inauguration.” Mr. Spicer later said he was talking about a combination of in-person, television and online audiences. 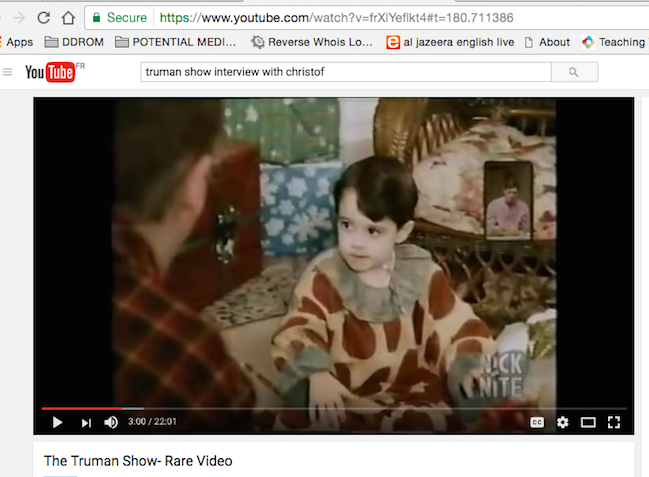 This Is Donald Trump ; This Is The Legacy Media's Legitimacy (gets blown into bouncy razor wire)...

PS : For of you who didn't already know, it was German aviation engineers who developed the world's very first viable helicopter.

As a matter of fact, it was the German aviation pioneer Hanna Reitsch - a sort of Amelia Earhart for Deutchsland - who was the very first human to fly a helicopter INDOORS, in Berlin in 1938.

I am not making this up - go check for yourselves.

The reason you have probably never heard of Hanna Reitsch, is that she was Hitler's favorite (female) pilot, she was an aviation genius, particularly in glider flight.

As a matter of fact, the successful German commando raid on the most fortified military installation on Planet Earth - Fort Eben Emael -  on May 10th 1940, was accomplished as a result of two significant military technologies known only to the Germans at that time : the military glider, and the shaped charge.

And it was a woman - a LADY FFS ! - who convinced Hitler to go with the glider strategy, that effectively brought the "funny war" to a screeching halt and resulted in a very humiliating defeat for the British and French at Dunkerk just two weeks later.

Hitler's Hanna Reitsch-inspired glider invasion plan involved the usage of 10 military gliders carrying about 80 German commandos. With their never -before-seen shaped charges (imagine an upside down Chinese wok so heavy it took two men to carry it and place it atop the 14-inch thick iron turrets housing Eben Emael's big guns), and with their never-before-seen gliders that enabled them to arrive undetected in the night, the Germans were able to capture the hugest fort in the world - and the 2400 or so men within - in a matter of mere hours.

For those of you reading this right now who saw "Saving Private Ryan" : Question : Remember all the gliders that appeared in the beginning of the taking of the Normandy beaches?

Well, by the time WW2 was over, the USA had produced close to 14,000 gliders very similar in design to the ones used at Eben Emael.

What is important to remember, however, is that the "Allies" knew absolutely zilch about gliders. Or helicopters for that matter.

It took a friggin German Fraulein aviation enthusiast to invent the military glider, and be First ! to fly a German helicopter - indoors for the Love of Allah !
Posted by Artur at 5:53 PM 2 comments

What the hell kind of explosive ordnance is the US Army using in its stupid wars for Israel (that DJT is going to stop for sure), that a shell fired from 10,000 feet away that hits like two meters from the target causes the poor haji crusader to go flying through the air like we see in these two videos ?

Is this what they mean by "deleted uranium" warheads?

Pretty incredible either way to see the shock and awesome results of modern American Army weaponry on those soldiers of Allah who have not already taken up residence in the West.