A Billy de Blasio Homeless Shelter For Black And Latino Families In Queens Gets Protested By Locals Screaming In Mandarin : Proof Positive That The Competitive Compassion Vermin At The New York Times Protect Their Oppressed Pets At Any Cost, Even If It Makes Them Look Stupid And Hypocritical

So the pathological altruist vermin at the New York Times published an article today entitled "In Queens, Immigrants Clash With New Residents of Homeless Shelter".

This is basically the story of a self-hating radical leftist mayor - Billy de Blasio - doing everything in his power to uplift NAMs, since apparently breeding with one and diluting his own centuries-old Germanic family heritage with big-afro sub-saharan DNA was not enough.

But here is where this story gets truly delectable: the confused anti-whites at the New York Times simply don't know how to play it, when one group of turd worlders (the Chinese) is getting all tribal on a more established (and protected) group of ôther third worlders, namely the Blacks and Hispanics that account for a vast majority of the public housing dysfunction in NYS, and who are now being bused in by droves to Queens neighborhoods that were formerly all-China enclaves, that they (the blacks and hispanics) might dwell in new section 8 public housing among the chinese kitchen-worker chinese.


"The crowd of 500 included grandmothers and small children, Chinese immigrants and the president of a local Republican club, all shouting that the mayor had trampled their rights.

"The source of their anger? The 180 homeless families that New York City had moved into the defunct Pan American Hotel in Elmhurst, Queens. The residents felt nervous around the new arrivals, they said. There were reports of shoplifting from the Good Fortune Supermarket, public urination and panhandling — all things, they said, that had been unheard-of in their neighborhood until now."


The New York Times can always  be counted on to afflict the comfortable, and comfort the afflicted.

In this case, the afflicted are the blacks and hispanics getting screamed at in Mandarin by the Chinese of Queens.

Ever-true to their mantra, the Times (as expected) take the side of (who else?) the poor blacks, by suggesting that they are poor innocent victims, yet again.

"Mr. Walker, 28, is staying in the hotel with his wife, Shakeema Morris, and their three children. The family had been living with Mr. Walker’s brother in public housing in Brooklyn when the brother was evicted for not paying rent. Since arriving at the shelter, Mr. Walker has gotten two jobs — one full time, in building maintenance, and another part time, working in a warehouse.
"He said his son, Kendall Jr., had asked him why “the Chinese people” didn’t want them there.
“'I told him, just because you’re a different color skin, it makes you no different from anybody else,” said Mr. Walker, who is black. “You still have a voice just like everyone else in the community.'”

That's right folks you saw it here first: according to the NYT, the homeless shelter for families in Queens is populated entirely by nuclear black families, where the African American father of the clan works not one but TWO jobs, just to keep a roof over his and his poor oppressed family's head, and out of firing range of those evil racist Mandarins.

Live from the Netherlands, CNN :

Every single person on the side of the highway as the hearses drive by appear to be ethnic Dutch. (Sharia for Holland couldn't make it).

So why is CNN giving more screen time to non-Dutch victims and their families than to the majority Dutch?

Answer: CNN uses even a funeral procession to promote a global diversity agenda. 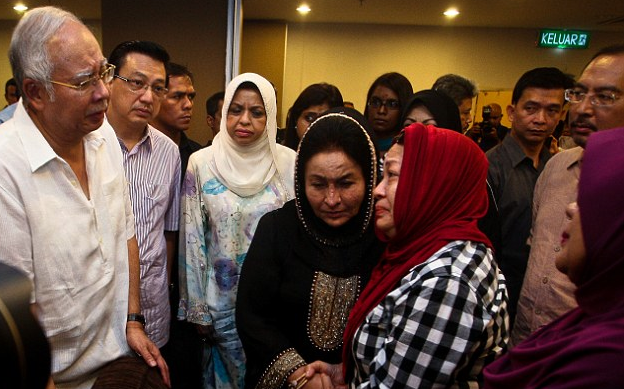 Okay granted, it was Malaysian Airlines and they were on their way to Malaysia, but for Christ sakes the vast majority of the victims were Dutch, and this is a funeral happening in Holland.

What the hell is going on here?

Note the massive amount of air traffic to and from the Middle East : 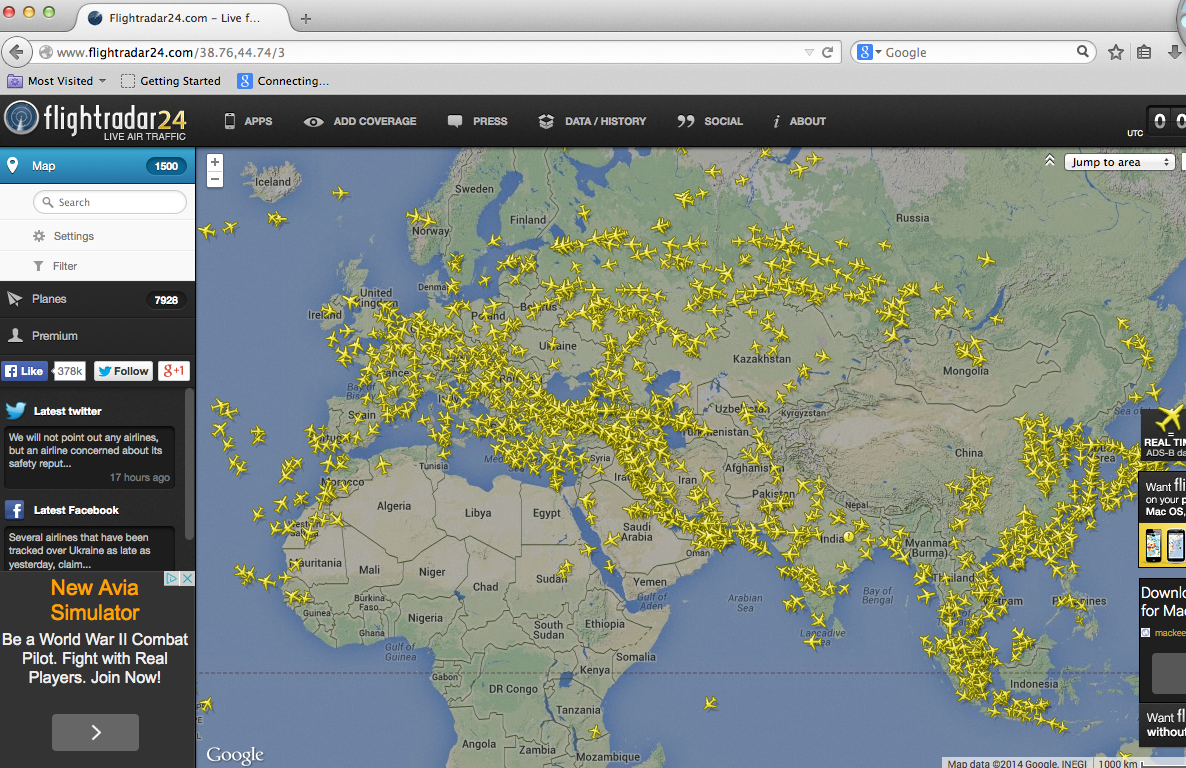 This Is Hilarious: As A Resurgent Germany Begins To Rekindle National Pride In The Deutsche Folk National Colors, The NYT - Mouthpiece Of The International Jewish Power Juggernaut - Says : "Not So Fast"

So Germany just (k)rauted Brazil 7 to, with the final goal on the Brazilian side being probably the result of some kind of weird kind of white guilt on the part of the Germans, who were starting to feel bad about destroying vibrant Brazil by the 29th minute.

Even the New York Times reporter in Germany reported that the Germans in pubs watching the game were visibly uncomfortable after about the third goal.

Does anyone really think that if the tables were turned, that a victorious Brazil would not be gloating all the way into the next millenium, if they had managed to rout the krauts 7 to 1?

Irregardless, here is by far the most hilarious newspeak coverage of all, regarding Germany's biblical victory over Brazil :

(The best part) From The Article :

"The mood among the guests was jubilant, but even in this moment of triumph, the German patrons were muttering. “We don’t want to overdo it,” one woman said, before declining to repeat her remark on the record.

"A palpable gloom fell over the pub during halftime when the German broadcast did not turn to its commentators in Brazil, but rather to a news bulletin to report about the resurgence of hostilities between Israel and Palestinians in Gaza."

Clearly what the vermin at the NYT are reporting here, is that in the midst of this feel-good moment for Germany, international Jewish media power stepped in to remind every single person in Germany Must Perish, that they cannot engage for even a few hours in any kind of spasm of national pride, or forget for even a brief moment the travails of the Zionist State that their evil terrible history played such a crucial role in creating.

Wow. If that's not like Jewish power stepping in to squash German nationalist sentiment in its infancy, I don't know what is !

As Obama Accelerates His Race Replacement Agenda With Free Bus Travel And Free Airfare For Pregnant Mestizoes And Their Chirren, Glimmers Of Sane Immigration Policy Emerge From Australia

I think the part about "safely" returning invaders to their countries of origin should be deleted from the text :

Israel's Solution For Peace In The Homeland: Export Her Arabs To Western Countries !

If 70% of Arabs in the living in the land of Israel want to leave, what better solution is there for peace than to help them land comfortably on their feet in those western countries so concerned about peace in Israel.
It’s time America and Europe did their part for peace – enough talk, now it’s time for action. Open those doors up wide.

Flash From The Past: With Opie And Anthony Back In The News, Rediscover These Excellent Mel Gibson Drunken Rant Tapes

As Hordes Of Pregnant Mestizoes Are Arriving Into The Open Arms Of The Federal Government In Texas, The Vermin At The New York Times Attack A Conservative South Carolina Sheriff On Their Front Page

If you ever had any doubt whose side the anti-whit scum at the NYT are really on, this should clear it up.


For a number of years, South Carolina has had one of the fastest-growing Latino populations in the nation, and along with it, a growing concern, especially among conservatives, about the presence of people here illegally. In 2010, Sheriff Metts, a Republican, told USA Today that he was concerned about “several murders, gang activity, drug activity, coming in with the Hispanic population” in his county.

“We’re not trying to profile any particular area, race or whatever,” Sheriff Metts said. “We’re just trying to keep the quality of life in our community.”


Meanwhile, a glimpse of what's really going on in Texas, i.e. the Great Population Replacement scheme that the swine at the Times work so diligently to promote.