Reminder: Stick It To The New York Times, That Most Devious Enemy of Western Civilization And All That Is Good And Decent! Break Through Their Paywall!

It's a cinch: simply delete in the URL everything after the "?", including the question mark, then hit enter. It's that easy (see below).


Seriously though, I don't know how much longer I can keep doing this blog. It's too depressing, the New York Times is like a sickness, a tumor living and growing within the body of Western Civilization, a tumor that  gets bigger and more disgusting and sickly by the day.

This blog will be one year old in three days (November 9th, 2010 was our first post).

Since that date, one year ago, the Times has become so much more extreme, has gotten so much more brazen in its anti-western, pro-minority worldview, that it has become almost an exercise in futility it seems to try to stop them anymore.

Like poring hydrogen peroxide on a malignant tumor that is unstoppable in its growth, this blog cannot stop the lies that ooze from Amerika's newspaper of record every single day.

The Times has become overly predictable in their fighting strategy to destroy the West, and with great chagrin I must admit that they are winning. Every single Godforsaken day, day after day, they publish story after story that seek to uplift minorities wherever they are (especially blacks), and cast the euro-majority as freakish, deviant, evil, conniving, bigoted and small-minded, hateful, etc. and so on.

It just gets so tiring after a while.

I really don't have the heart tonight to analyze the countless Crimes Of The Times that appeared in today's Sunday edition - though they were many. As I pointed out with my open letter to Times communist and HBD-denier in chief Nicholas Kristof in my last posting, the Times is winning, they are half-way to achieving the world that they have dreamt of since 1946, wherein the warring colonizers and inventors of civilization as we know it, get their due in the form of the "backwash of empire" that the New York Times has been wishing upon the West for so many decades now.

In this sad twilight of Western Civilization, it is with great sadness and melancholy that I am close to admitting defeat: the NYT and the anti-Western forces that empower it have almost won. 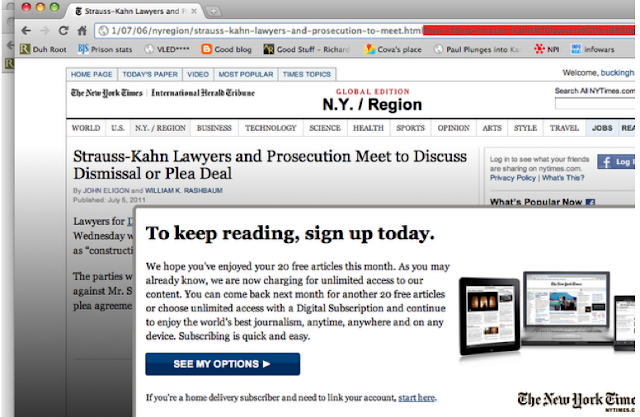 I know we live in a despicable world and that encountering it on a daily basis makes it that much worse, but I implore you to keep it up. If we all just give up we are just handing the world to our enemies.

So you admit that you are on the side of what you yourself describe as "warring colonizers".

Maybe that is exactly why the NYT's optimism towards a post-Western world is justified and even needed. People like you refuse to see colonialism as the terrible evil it was, and then wonder why others don't think like you.