Atlanta Cheating Scandal: In A Story On African African Test Score Cheating They Couldn't Ignore, The New York Times Engages In A LIttle Trickery Of Their Own 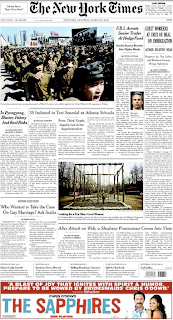 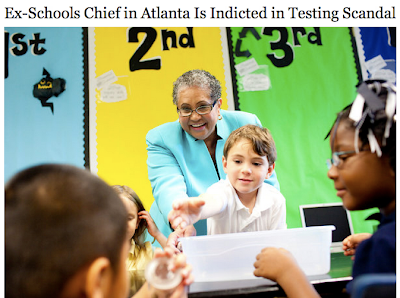 Here's the article : "Ex-Schools Chief in Atlanta Is Indicted in Testing Scandal." 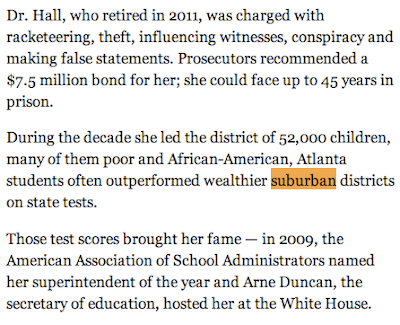 The evil white men who busted the good doctor : 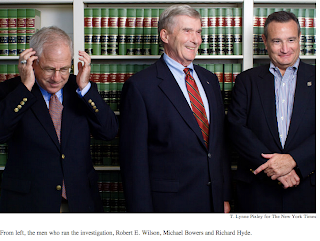 What a sad thing it was today to learn of Lawrence Auster's passing.

The guy had been chronicling almost daily his descent into and towards death; it was chilling then to read, it is even more jarring now that he is officially dead, a mere five days after his last posting.

We're all in this together, here in the mostly anonymous alt-right. Which is why Auster's death today, and the vast body of work he leaves behind, are that much more important.

I wonder what cousin Paul has to say?

Here, Precisely, Why JFK Needed To Be Put Down

Savor the irony, half-a-century after these ominous SWPL words of grim prophecy :


Consider that grovel-fest above and, in contrast, this vid from April 1963, which makes it clear why the guy was and is so popular :

As long as we're at it, here's more anti-racist snivel rights blather from JFK' during his 56th news conference, filmed May 22nd, 1963.

And again here, from a JFK press conference filmed (in video?!) sometime in 1963 (can't find the exact date) :

White women : Bow down and assume your positions! 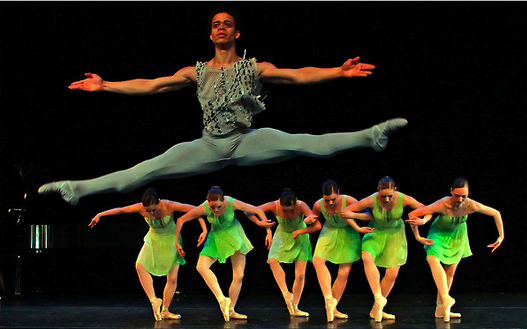 In Gay Paree, Which Is Already In The Literally Gay-Friendliest Country On Earth (In 1999 France Passed Their So-Called "PACS" Law, Which Basically Already Codified Marriage, or "Civil Partnerships," Between Whiny-For-Equality Butt Buddies And Lantern-Jawed Man-Dykes): As Ordinary French People Gather Sunday On The Champs Elysées In A Massive Demonstration Against An Upcoming Vote On Gay Marriage, The Worthless Little Vermin At Amerika's Newspaper Of Record Do Everything In Their Grasp To Misinform And Distort

Only twice in History have that many Frenchmen turned out on the Champs Elysées in such huge numbers:

The first time was in August 1944, shortly after liberation and the end of German occupation of the city; the second time was in July 1998, when France beat Brazil in the World Cup (to you NFL-crazed "Ricains," that's soccer).

This time though, what is obviously a record crowd of well over one million turned out. A simple Google search, when combined with analysis of the abundant aerial photography available of the event, makes it very easy to accurately estimate how many people are present when the Champs Elysées, or for that matter the Champ de Mars (where the Eiffel Tower is located), are teeming with hundreds of thousands of protesters.

And yet, in the NYT article on page 6 published in today's national edition, and entitled "French Protest As Gay Marriage Bill Nears Passage", we get this:

In "French Protest," the Times not only downplayed the record number of participants at this event, they also failed to mention the unprecedented violence unleashed by the French National Police (CRS) on the majority white, majority peaceful crowd of protesters.

But here's where it gets really fascinating, tho: the Times' article in question is accompanied by this photo : 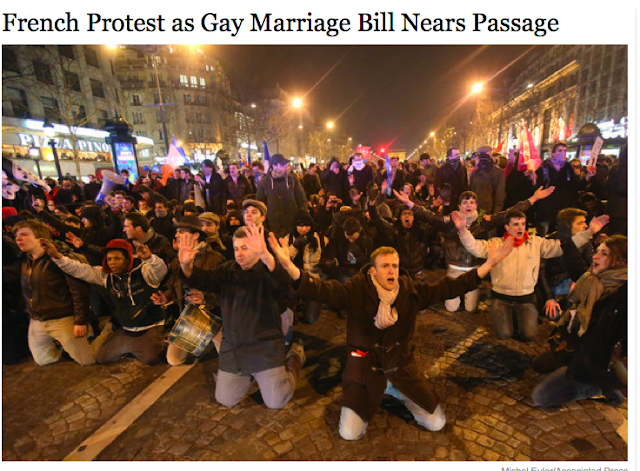 That's right, the dude on the left in the red hat looks a wee out of place. Why would the NYT choose to publish this particular photo?

Sure enough, from the very get-go the disinformation oozes from the sickly, evil pages of the Times. The title alone of their article sneakily suggests that the vote on the Butt Buddy Bill in France is a foregone conclusion, and that there are only a handful of extremist wackos turning out to challenge it.

The NYT plays dirty when a story such as this emerges. And by all means this story is about hundreds of thousands of everyday white Frenchman standing up against the sinister globalist agenda that the New York Times works so viciously to promote.

Incredibly, Token Black Guy In Red Hat also appears in this video, which was published today on "défrancisation.com"  :

TBG appears in the third minute, at 14 seconds to be precise , of this video linked over at defrancisation: 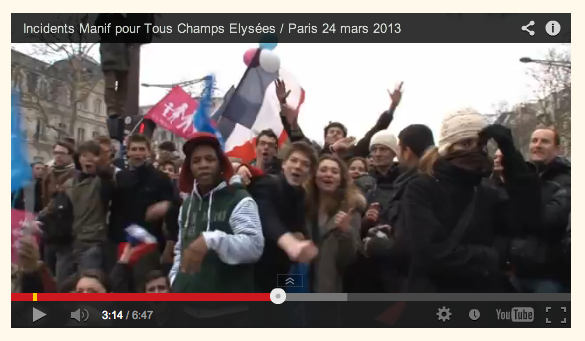 Imagine for two seconds them trying to have such balls when putting down an uprising in the banlieues.

The New York Times: Complicit In The Reaming Of The West Since 1947.

The gigantic article below was published above the fold on the front page of last Sunday's newspaper of record:

The New York Times is a sick and evil institution with a sinister agenda.

Stirring up race hatred based on events from half a century ago,  while we see this type of thing in New Orleans and other cities on a regular basis :

... is the equivalent of hate crime provokation  that in a sane society would be punished swiftly and mercilessly. Or, at the very least, called out for what it is: deliberate stirring of the hornets' nest.

One day and soon I hope, the verminous reality shapeshifters at the NYT are going to have to pay for what they have done. They are sneering at me - and at you -as I write this.

Alas, the NYT pretty much sets the public policy agenda for the United States,  and defines morality in terms of "afflicting the comfortable" as if such a task were a divinely mandated imperative.

Note: the victim in the hate crime depicted above - no, not the one from fifty years ago, the one from last week in New Orleans - is still in hospital Ocshner). He will need reconstructive cosmetic surgery over the coming months, and will never look the same again. Those creatures smashed the bones in his face. With a bottle. Note in the vid with what impunity they walked away from the scene of the crime.

The New York Times: Quality Reporting From Events That Happened Decades Ago, As Though They Mattered Today
Posted by Artur at 11:53 PM 1 comments

A Horrible Google Crime Has Just Occurred On This Site - The Un-Asked For, Unwanted "Prove You're Not A Robot" Feature That Dissuades Three Out Of Four Commenters From Posting In The Comments Section

Does anyone know how to turn off this abominable Big Brother feature?

In A Hagiographic Front Page Obit, The New York Times, Who Ironically Are Totally Deficient In Any Kind Of Ironic Sense Of Humor, Pedestalize The Sidney Poitier-Like Nigerian Writer Of "Things Fall Apart" 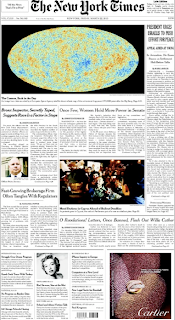 Naturally the politically correct, the politically safe, progressive, compassionate thing to do is to speak very highly of those Africans who have accomplished something noteworthy.

But wouldn't you think that the hipster anti-racist journos at Amerika's newspaper of record would be wise by now to the reality, that for a lot of their readers, this whole "comfort the afflicted" thing has gone a bit far?

The only good the verminous reality contortionists® at the NYT accomplish when they dishonestly and disingenuously exaggerate the significance of certain groups and individuals in order to compensate for perceived historical wrongs, is to benefit the burnishing of their own inflated egos.

Such is the sick logic behind competitive compassion, also known as "Professional Altruism."

In a perfect world, the people who really run things would be able to call out the Times on their status whoring.

Alas, the Universe was not created perfect (by the hand of Allah, sez the Times). 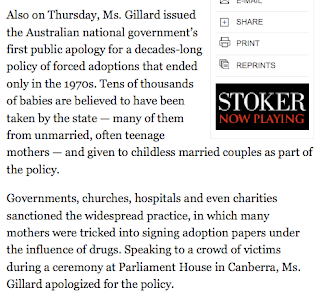 Costa Concordia: Divers Prepare The Sea Bed For The Gargantuan Steel Platforms To Be Used In The Largest Maritime Salvage Operation In Human History

True, this was filmed three months ago. But the work continues apace, and it is fascinating to watch these superhuman events unfold undersea. 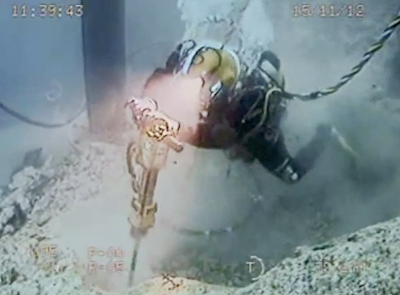 If anyone is wondering what this ridiculous Godard snivel-fest of a film is all about, they need look no further than the very first seconds of its trailer:

From French Nightly News (TF1), A Story About Solar Power In Public Housing Gives Us This Obamanation Stanley Dunham Lookalike

(Look for it in the 31st minute of the vid, viewable in its entirety here):

What sick, polluted, dangerous minds are behind the subliminal population-replacement agitprop that is broadcast nightly into the homes of tens of hundreds of millions of unsuspecting euros? 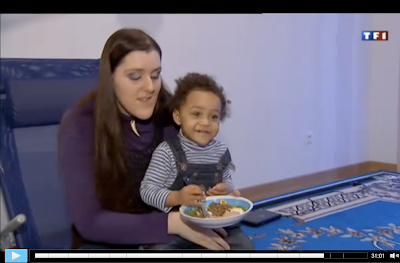 Maliciously weaving this disgusting race-traitorous French woman into the context of the story at hand (solar panels - Yay !), is diabolically akin to doing a television PSA in 1942, in Hawaii, for example,  that addresses road safety,  with a young, uniformed Japanese male depicted at the wheel.

The "West" today is a sick, sick place, not because we are naturally predisposed to dysfunction as opposed to the science and imagination achievements that have made us the envy of the world - which btw we have shaped in every imaginable way, including the very number of humans alive today and enjoying the trickle-down benefits of Western innovation  - but rather because of a smallish number of influential public policy shapers responsible for convincing hundreds of millions that a single mother like the one pictures above, living in public housing, with a bastard mixed race sprog, is somehow a paradigm of modern virtue.

The NYT GIves Its Blessings To Former NYC Prosecutor Robert M. Morgenthau In His Efforts To Promote Population Replacement, aka "Immigration Reform" g

"Even At 93, He Finds A Case Too Important To Pass Up"

A ninety-three year old Manhattan prosecutor suddenly shifts the focus of his whole career to become a competitive-compassion, social justice-warrior? To save the life of some non-entity who has been on death row for 25 years?

Of course the New York Times would not even hint at what is really going on behind this extraordinary reversal.

Me thinks that there is (way) much more to this story than meets the eye, or the integrity threshold maintained  by the verminous reality contortionists at Amurrika's Newspaper of Record.

For answers about what is really going on with Morgenthau's latest machinations, check out what our friend Savant over there in Eire has to say about it (btw winky-wink to all you Gaelics out there on a Saint Patty's Eve). 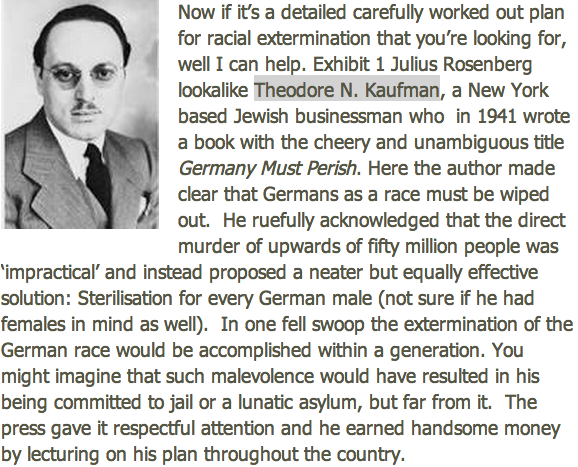 The New York Times: Concealing The Truth and Fabricating The Lies, Since 1945 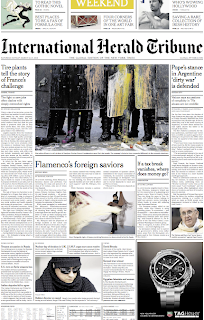 Back To Regular Programming A LIttle Later

BTW: This has been the longest pause in this blog's 3-year history. And since every day the New York Times goes a little more anti-white bizarro world rogue, we know that every day presents new opportunities to expose the Times' ever-more outlandishly criminal ways. 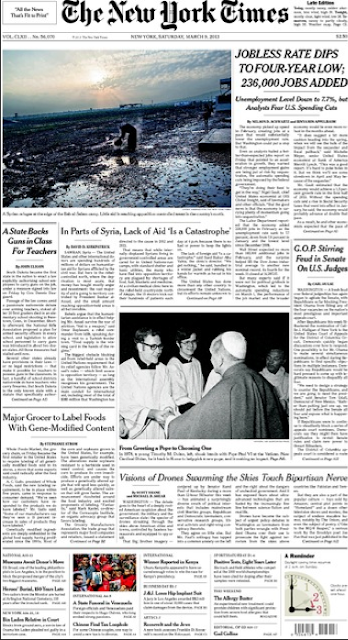