Many reasons behind this.

In the meantime, here's a stinky shit sandwhich of what is happening in northern France, in Calais in other worlds, where tens of thousand if not more Africans, Afghanis, and Middle Eastern of all shades of olive play a round-the-clock game of cat-and-mouse with the massively understaffed and underfunded British Immigration Enforcement Agency.

The verminous reality contortionists at Amerika's newspaper of record playfully downplay the deadly serious nature of this invasion - this Grand Remplacement already largely underway - with images of 20 year-old Sub Saharans in their youthful prime scaling the walls of the Spanish envlaves of Mellilla and Cueta in Murrocco : 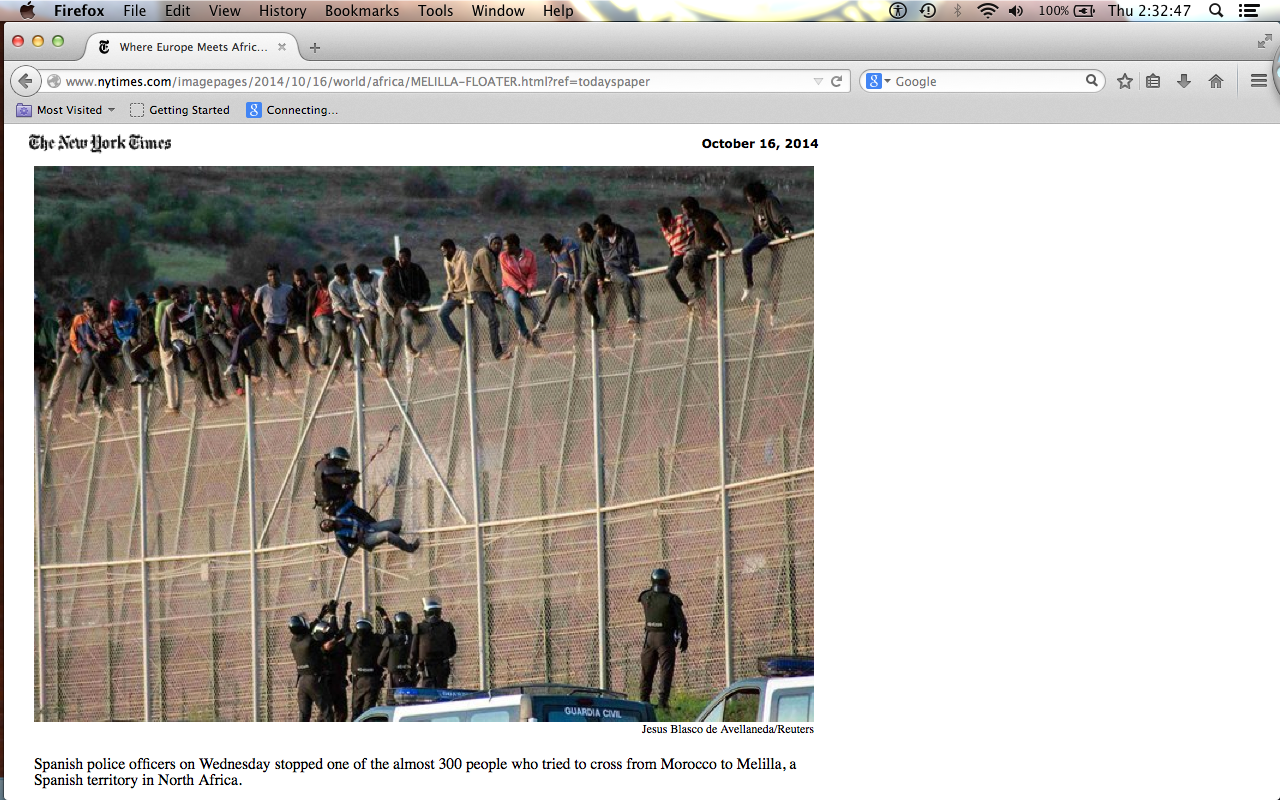 What's curious about this NYT decision to publish this photo with nothing but a caption, (and no explanatory article), is that it illustrates to what an extent the vermin at the New York Times are 100% in support of the total and irreversible "Camp of the Saints"-style ethnic replacement underway in Europe right now, as I type this.

Here's what daily life for the besieged French ctizens is really like :


When these young male sub-saharans step foot on European soil, they are entitled to a smorgasbord of official documents the likes of which you could only dream of if you were a European-American having overstayed your visa in any of the EU and having some minor scrape with the law, even for traffic violations, as I was.

I was in Paris a few days ago. I met a Malian "refugee" in a fine Paris park on the up-river side of the Ile Saint Louis, within view of the Rothschild mansion (which is currently undergoing massive renovations, that involve an on-site construction crane about 20 stories tall).

This Malian seemed friendly enough, though bedraggled; he asked me for some tobacco and I obliged. I got him involved in a bit of conversation, and he told me his story:  he had paid smugglers about 4,000$US (where the eff do they get this money?), to smuggle him aboard an overcrowded crappy wooden fishing boat from Libya to Lampedusa, Italy.

Once this sub-saharan set foot on European soil, he was catered to by a competitive-compassion / pathological-altruism bevy of NGOS, from Médécins Sans Frontières to the Croix Rouge, who in conjunction with European Union immigration laws (for non-euros), becomes basically guaranteed a lifetime of government-sponsored security in the the Europe of Maastricht.

I am not. For some reason - out of either pure stupidity or boastfulness, or perhaps gratitude for my slipping him some tobacco and a few brewskies, this nice but primitive Malian immigrant, allowed me to take photos of the more than half a dozen travel documents that were issued to him by Italian authorities, giving him legal reign to travel at will anywhere in the EU zone. It was shocking and amazing at the same time.

Here are the photos of my new friend from Mali, granted to him the moment he landed on E.U. soil (Lampedusa) :

(for some strange reason google wont let me post this man's Italian ID pics in full. I just spent two hours trying to. No luck. Will try again later). 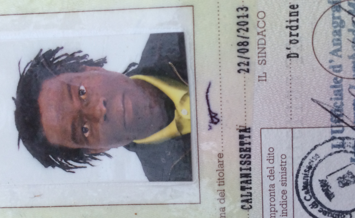 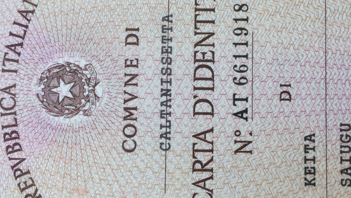 The first time I heard the term "the five second rule," I was on the island of Cuttyhunk, Massachusetts. It was in July, 2002. Here's what happened :

After dropping a Dorritos on the ground and quickly picking it up and popping it into his mouth, an 8-year old who was among our party explained to me the five second rule and how it works (for food that gets dropped on the ground).

This was news to me at the time: I had spent the last >15 years living outside of the USA. It's cool when an 8 year-old teaches an adult  something they will never forget.

So it was with bemused nostalgia that I came across a printed usage of that famous childhood "five second rule" yesterday in an article that appeared in the national print edition of Amerika's newspaper of record entitled "Judge Blocks Rule For Ferguson Protesters."


"A federal judge ruled on Monday that the so-called five-second rule, a police tactic sporadically used in Ferguson, Mo., that required demonstrators to keep moving while they protested, is unconstitutional.

“The practice of requiring peaceful demonstrators and others to walk, rather than stand still, violates the Constitution,” Judge Catherine D. Perry of District Court wrote in the ruling."

Funny how questions of constitutionality seem to be all the rage these days in the MSM, what with the Supremes declaring legal opposition to civilization-detroying "same-sex marriage" something that is not guaranteed by the US Constitution.

WTF (where?) in the constitution is it written that sodomy is not only A-OK, but also something that the federal government must not just tolerate, but also actually encourage?

I axed Barry Sotero, because after all, this fraudulent Halfrican-American't is supposedly an expert in the field. From Wiki :

COTT Is Back (In the USSaR)


Sorry we were doing census work in Western Europe (the  results are not encouraging).

In the meantime, some intermission entertainment: