NYT Publisher Pinky's Son A.G. Is Jubilant As Daddy's War On The Majority Blitzkriegs Through The Plains

As we have seen countless times before, the psycho-delusional anti-Western fanatical maggots at Amerika's newspaper of record bust out the noisemakers and the party hats every time a minority group scores points in the demographics-is-destiny game.

Here's a photo of AGS: 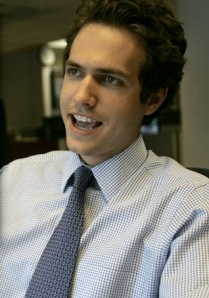 You know he won't be happy until the United States is 51% Turd World - that's what every single one of his articles (he's only 29 and only started writing for the Times in 2009) says and has always said since the beginning.

How is it possible for treasonous scum like this to exist? How is it possible to hate so much the founding stock of this nation, and indeed every nation of the West, and to show such love for Mexicans (in this particular instance)?

What's sad though is you'd think this kid would be smart enough to realize how predictable and conformist his narrative is, and as a result how totally stupid this makes him look. Like a really smart blond-haired chick but with a skank stamp on her ass featuring a misspelled expression in Chinese characters. "How could you be so stupid to disfigure yourself like that?" you'd ask her.

And she'd say: "All my girlfriends were doing it." 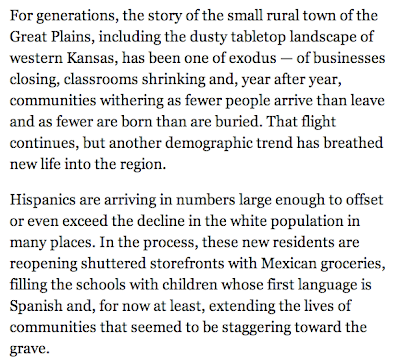 Notice the way this  swine glorifies the linguistic fragmentation of the country, as if transforming the US into a giant multi-lingual federation of disparate groups is the height of enlightenment and moral rectitude.

Seriously, how it is possible to be such a verminous little maggot?

It gets worse. From the article :

Yes, it's not good enough for the diversity enforcers at the New York Times that this hated white woman has already been brow-beaten into instinctively feeling the need to beg forgiveness for uttering the slightest words of resistance to the takeover of her ancestral home by five foot-tall football-shaped mestizos. No! She needs to shut her hateful yap and take it lying down!

Even the photo the Times chose to publish with this article is loaded with disgusting subliminal suggestions of white privilege courageously being stamped out by the noble and pure amerindian liberators from the South: 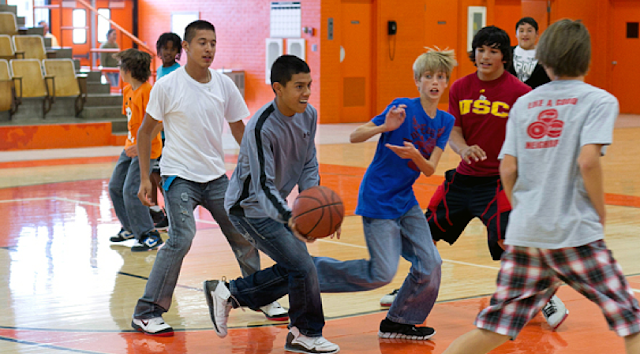 The New York Times: Purveyors of A Dark, Sinister Agenda Of Outsider-Empowerment Since 1965
Posted by Artur at 12:10 PM

Juniper in the Desert said...

"You know he won't be happy until the United States is 51% Turd World "... and he obviously thinks he will be in control of them! Heh! Nemesis will sort this turd out!!

THe NYT with the photo is clearing saying: The Mexican is in charge.

It's like they're not even trying to be discrete about it anymore.

Forgot to mention that a mexican opened an American restaurant because there was a lack of "diversity" in dining options.