Mere moments after German Chancellor Andrea Merkel's moslem Syrian fake refugee guests slaughtered hundreds of French people and white European tourists in the heart of Paris, droopy French president François Hollande went live on national television to do his best impression of a way-wee way-wee upset Officer Barbrady, to denounce the bad luck and the wandom why-lence that had absolutely nothing to do with his own policies as Germany's toothless lapdog apologist of moslem Islamic terror.

In a pitiful speech that lasted a painful three and a half minutes, Hollande expressed his heartfelt disapproval of Bad Luck and Wandom Why-lence, during which time he failed to Name The Enemy even once, and spoke instead of how unfortunate all this rotten "terrorism" is, and how unified and determined the French are to blah blah blah, step aside you filthy cuck Merkel lackey François  :


That's right, Flamby the French Cuck with the droopy jowls was too scared to say the word "Islamiste".

Meanwhile, Marine Le Pen had the decency to wait a few hours after Hollande's drivel to give her own speech, during which she very clearly Named The Enemy FIVE times :

But perhaps the highest honor for the Cucks today, for the head-in-the-sand, Dhimmified numbskulls who profess to be among the Western World's media elite, came from the coverage of the Islamic State's parisien massacre by a Paris-based CNN "journalist" by the name of - perhaps significantly - "Jim Sclutto"*  : 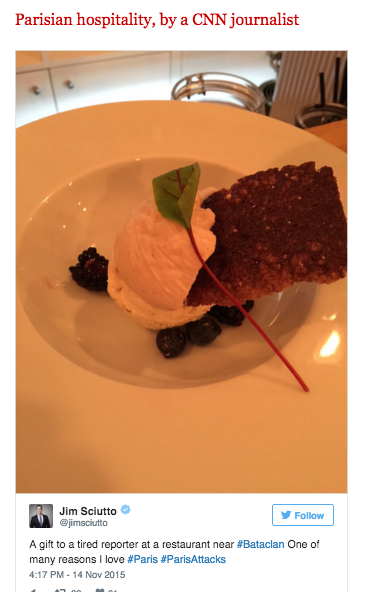 (*yeah we spelled this asshole's name wrong on purpose. Go sue us.)

That's right ! While French blood was still draining from the sidewalks into the parisien sewer system, the geniuses at CNN covering the event were busy consoling themselves with a (free) yummy desert.

FLASH FROM THE (recent) PAST BONUS !

This is the incredible YouTube response to the last time there was murderous islamic terror in Paris, the last time Marine LePen talked Realtalke after the inevitable, shortly after the January 2015 Charlie Hebdo attax : 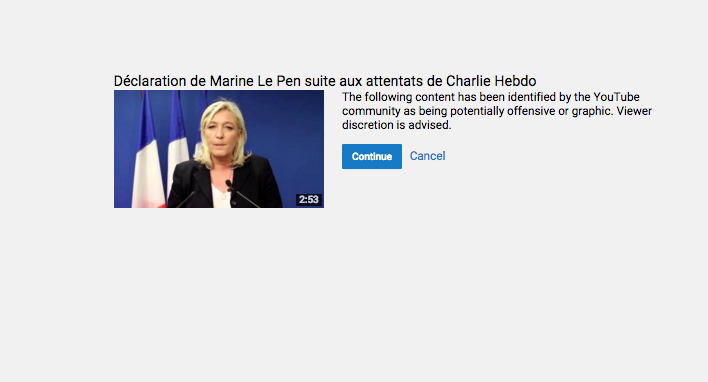