Harvard Tape Gate : "Okay So A Black Harvard Law Professor, An Asian And A Jew Walk Into A Bar..."

This story - boundless in its insanity, mind-boggling in its predictable Principal PC© conformity - is a particularly revealing specimen of the hypocrisy-on-steroids that dictates ("Heil!") the NYT's increasingly fanatical coddling of all things minority (especially African American minorities). 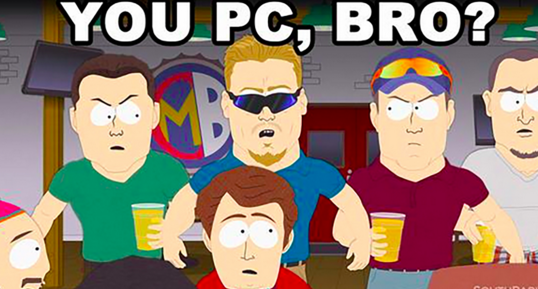 "Tape Found Over Portraits" was a relatively long article considering the total and absolute lack of newsworthiness of the subject.

Some child peels a tiny piece of black electricians tape off something in a college building (that is open to the public) and places it in mischievous boredom over a face in a frame on the wall, and suddenly the sound of machine guns being chambered can be heard coming from the offices of the New York Times.

Keep it up Sulzey & Co. : You are doing our side a Huuuuuuge (meh) favor by making it clearer and clearer to ordinary Americans how much you hate them, and have love only for minorities, especially Black USA African American minorities.

When are the Ravenous Reality Reversers at the New York Times going to understand that the joke is on them?

Answer: A few weeks after the assembly of a jury and a gallows at Nuremberg II, prolly. 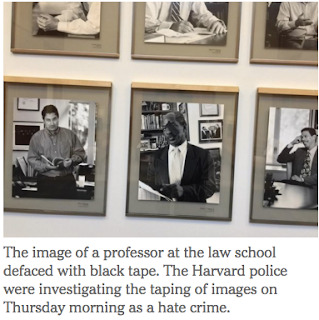 
"In a twist, the black tape used on the portraits had apparently been used in an earlier protest, which sought to have the law school change its seal. Students had put the tape on mats displaying the seal to protest the inclusion of the family crest of a slave-owning family named Royall that they say was involved in brutally putting down a slave rebellion in Antigua. The family also owned slaves in Massachusetts and one member, Isaac Royall Jr., bequeathed part of his estate to Harvard, which was crucial to establishing the law school.
“It appears that whoever did this took the tape from those mats and used the strips of tapes from those mats and placed them on the black professors’ portraits,” said Alexander J. Clayborne, a third-year student here who has been involved in a campaign to change the law school’s crest. The student-led campaign called Royall Must Fall circulated an open letter Wednesday calling for a change in its seal."

If niggers were any more thin-skinned you would actually be able to see the monkey blood pumping through their veins.