New Orleans: They Have Fingered The Black Male In The Hoodie Who Shot Good Samaritan Tulane Med Student In The Stomach, Then Tried To Execute Him Three (!) Times But The Gun Jammed

The would-be New Orleans killer is a black male (BM) named Euric Cain, if you can believe it.

Its identity was revealed just a few hours ago.

Cain was released from prison not too long ago, apparently, after it served time among its oppressed homies for stealing a car. This animal's other criminal offenses are likely numerous, but will never be known as this thing spent the majority of its "adult" years behind bars, and all the bad crime it did before the age of 18 is sealed. 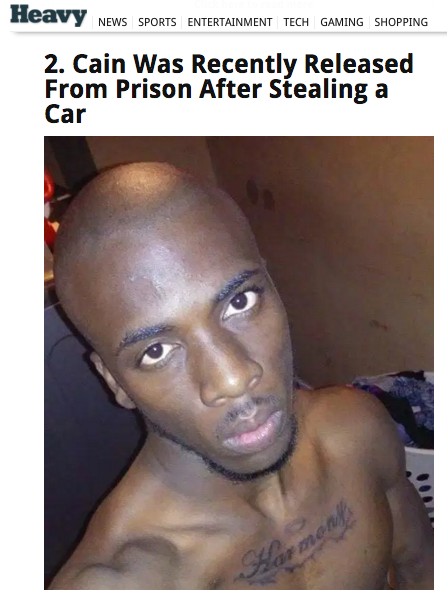 1) - Cain was no doubt emboldened to kill by the BLM movement;

2) - Cain is exactly the type of individual that the vermin at the NYT constantly advocate for.