Felon BBall Playah' And Thug-For-Life Jonathon Hargett, NCAA HBD-Reality Denial, And Unbelievable NYT Disingenuousness: The Verminous Reality Contortionists At Amerika's Newspaper Of Record Pretend To Be Sincere By Axing The Stupid Question: How Could This Ghetto B-Ball Child Prodigy Possibly Wind Up In Prison ? 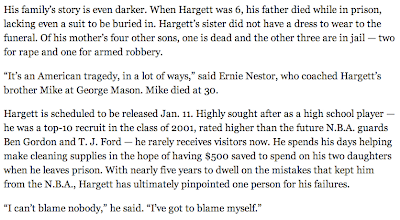 In a sane society, this worthless individual, whose low-IQ welfare-enabled baby momma spawned SIX other disgusting worthless specimens like him (at least three of whom according to the article are currently sucking up .15 million dollars per year in incarceration costs), whose own father died in jail after himself sucking up untold recourses from decent society, would be properly and rightly castigated by a nation's newspaper of record as the worthless tumor that it is.

Instead, the verminous diversity enforcers at the New York Times do everything they can to portray this b-ball playing felon as some kind of great fallen hero. 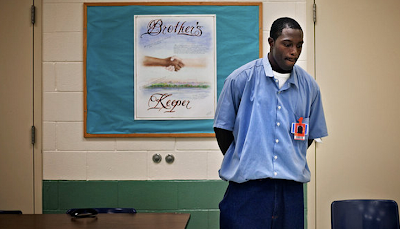 The article in question was published  prominently on the front page of Today's Sunday Times Sports section, which included the angelic photo above.

The New York Times: One Day Soon These Motherfuckers Are Going To Have to PAY

Hey. They can always play basketball. The world needs it.

once upon a time, was kidnapping a capital crime?

woops...I was referring to the recent 'athlete' who kidnapped his white gal friend.
so many 'athletes', so many crimes.